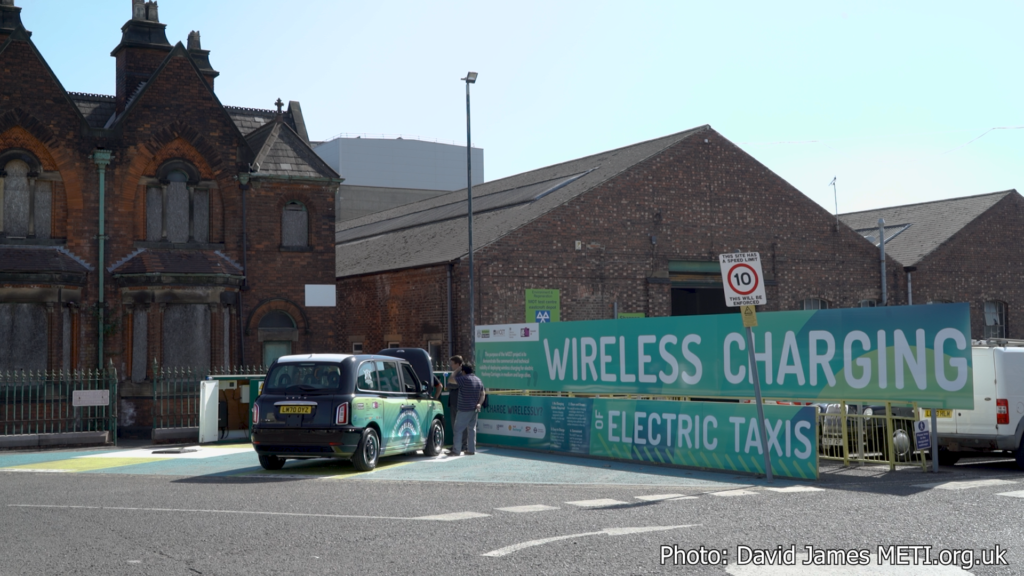 Richard Sander, WiCET Project Manager and Technical Specialist at Cenex, gives an update on the Wireless Charging Electric Taxi Trial and the achievements to date.

What’s happening with the WiCET trial so far?

We’ve made really good progress over the last few weeks.

The Nottingham City Council team have done a lot on getting the groundworks going. The civils were basically completed yesterday.

We’re starting on the electrical elements of the install this week as the Lumen Freedom groundside hardware arrived in the country from Australia yesterday morning, so that’s available for being installed over the coming two weeks.

The vehicle build is progressing. There’s been a few issues but we’ve got four vehicles completed and I’m expecting the remaining five to be done by the end of this month at the latest.

All the key elements are coming together.

What has the WiCET project achieved so far?

So there’s a fair amount of background, other elements that are coming together to build up to the trial and hopefully what we will get out of it at the end

The Hangar-19 team for the operation side have completed their back office development, which will look after the charging for the electricity consumption, for the payments for the drivers. They’ve also finished off their OCPP interface and we’ve got two options on a vehicle identification, which is part of the automated payments.

The vehicle telemetry is all up and running so we can be collecting a lot of data across the trial from the vehicles and from the groundside.

We had five baseline vehicles running before Christmas in the hands of drivers in the city, collecting data so we could understand their usage profiles: how they operate, what the typical journeys look like, shift patterns, etc.

This means we can start to understand where wireless charging could fit in and how they operate now.

Shell have been doing a lot of work developing the algorithm that’s going to process all that data because it’s going to generate a lot and now we’ve got an automated method of going through it all.

We’ve started conversations with Public Health England and some of the technology specialists at MIRA to understand more around emission standards and how they are in the UK versus other countries and what future regime might look like.

We’re having a lot of conversations, something I’m extremely keen on, about what a next phase or project could look like, to make sure a successful trial outcome actually leads into something valuable.

We’ve got to finish the installation of the rank, finishing off the vehicles. I’m expecting that we will have all those together in Nottingham by the 25th of July latest.

Then we’ve got a two or three week window to update software, test and commission the elements to make sure the systems work together.

The Nottingham team are putting together the driver sign up packs so we can start recruiting drivers for the trial. For me, it’s really important that the drivers are fully engaged so that they get the right value out of it as well.

The trial is going to aim to start in the second half of August.

It’s just at the exciting bit when all the efforts from everybody come together, there’s a wide and great team behind this that has overcome a lot of challenges over the last couple of years with COVID, and with global supply chain issues.

I think it’s something to be really proud of where we’ve got to.

We’re all looking forward to a really successful outcome and that contribution out of it at the end that can hopefully lead to other things and help towards the net zero challenge facing us.